Written by Daniel Sternegard
Updated over a week ago

When you've synced your email inboxes and outboxes with Planhat and set up the proper sync filtering, then you need to design how to assign emails to companies. In Planhat, each email can only belong to 1 company at a time, for privacy and simplicity reasons.

This works fine in 99% of the cases, because you're most often just emailing with one customer at a time, but in some edge cases there is need for something more advanced (eg, when one email address belongs at multiple companies, like if felicia@cocacola.com works at both Coca Cola Sweden and Coca Cola Norway). In these edge cases - where it's unclear which 1 company an email should belong to - then Planhat will attempt to predict an assignment. We use two features for these cases:

If we receive an email where there are email addresses that belong to multiple companies (either 1 enduser who's email belongs to >1 enduser, or multiple endusers from different companies), then Planhat will still attempt to automatically assign the email based on your "matching mode" (ie, risk preference) and the weightings you've given specific endusers.

When an email comes into Planhat, we calculate a company relevance score based on the involved endusers and users and their relationships to each other and different companies. For example, is an involved user an Owner of a company that an enduser belongs to? That adds relevance. Does the user own 1 company involved, but have no relationship to any other potential company? That adds relevance too. You can find the exact calculation logic in the appendix below, but it's more for documentation than practical help.

So let's focus on what you can control.

Under Email Settings (accessible by Admins), you will find an "Email matching mode" settings that can be toggled between Safe, Default, and Risky. Basically, this controls how aggressively you want Planhat to assign emails under uncertainty. If you set it to "Safe", then the difference between company relevance score has to be substantial - if it isn't, then email will go into Unassigned. Inversely, with "Risky" then Planhat will assign whenever it can. For you, this becomes a tradeoff between accuracy and efficiency - are you fine with a few emails allocated to the wrong company, if it means you don't have to spend time manually assigning? Then go with "Risky". If the inverse is true, go with "Safe". Again, you can find the exact assignment rules in the appendix.

If this all sounds daunting and unclear, it's because it's very deep and specific functionality. It only really matters when you have a lot of group structures sharing the same email domain (although in that case, the risk isn't high) or when you have very unique email set-ups (eg, selling to your own company). We advise you to talk to your CSM if you need any help!

Sometimes you have an email address (like felicia@cocacola.com from our earlier example) who belongs to multiple companies, but you always want it to go to a specific company of them. In this case, use the "Primary flag" on that enduser to give that enduser extra weight. This solves personal correspondence (eg when you only email with Felicia), but note that if multiple endusers are involved then we'll of course take their set-ups into consideration too and the email may end up assigned elsewhere (eg, what if Felicia's colleague Adam has a primary flag on Norway?). 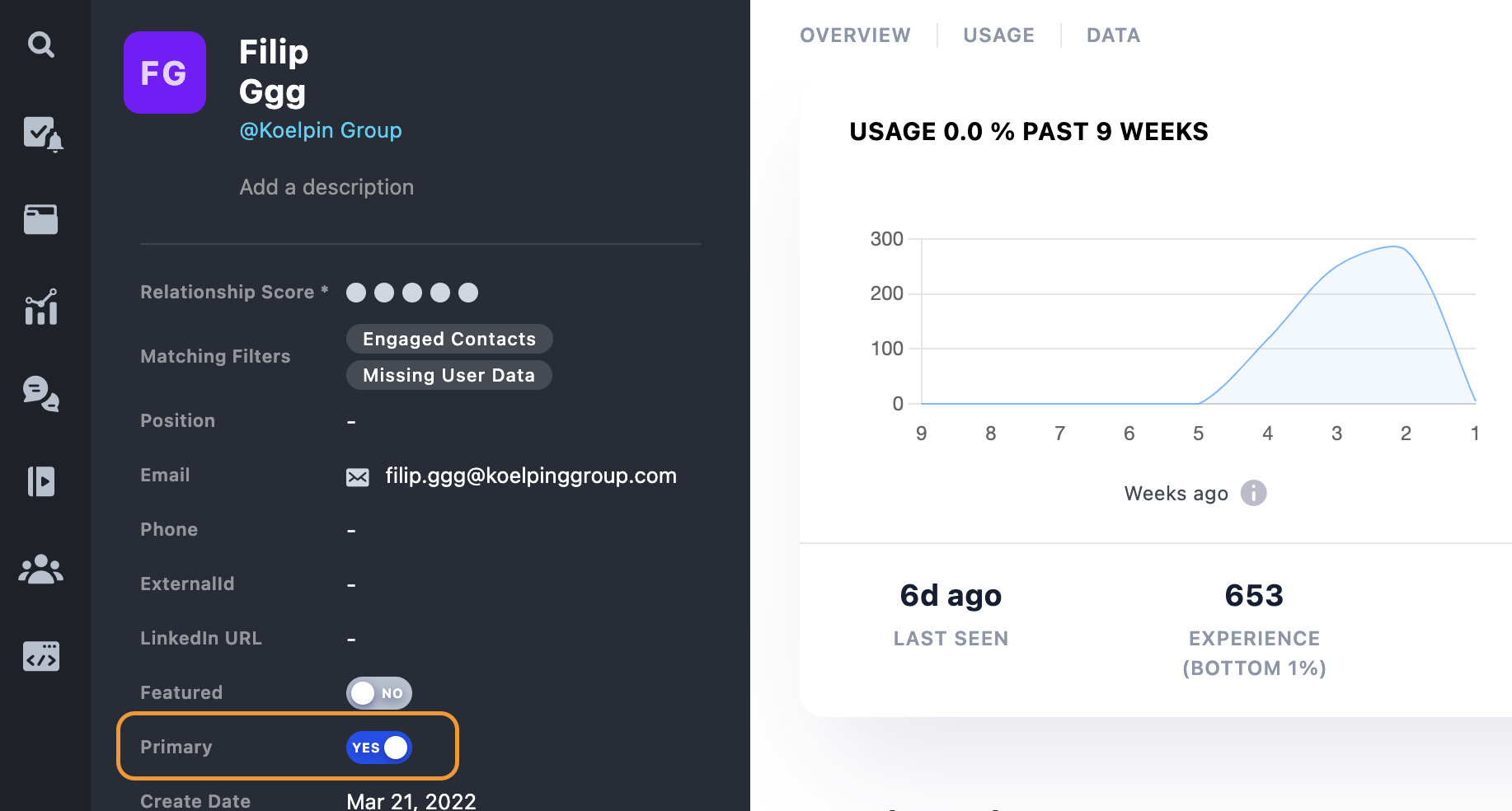 Regardless what setting used, some emails we won't be able to accurately guess. Then they end up in an Unassigned Folder where users can manually assign the email to specific companies. 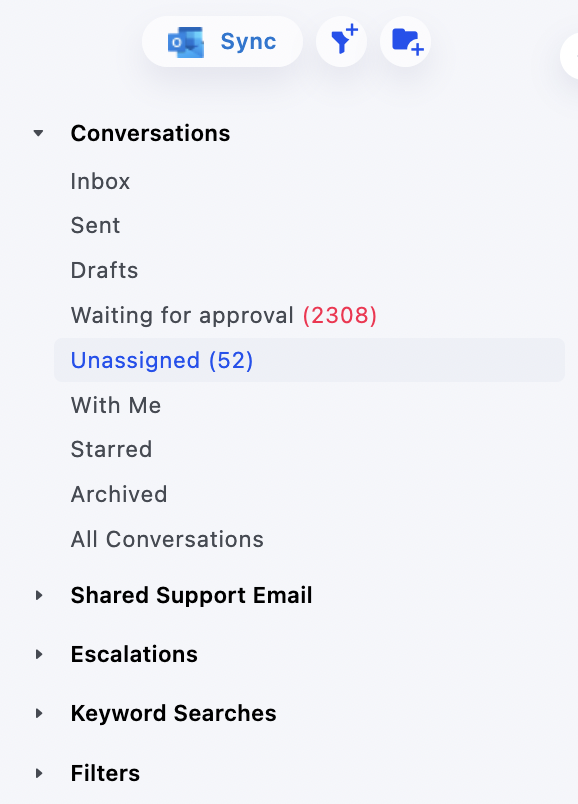 Access to this folder is permission-set (see below). Note that when a user has access to the Unassigned Folder, they will see all emails (even though some of the emails may end up being assigned to a company that the user does not have access to). 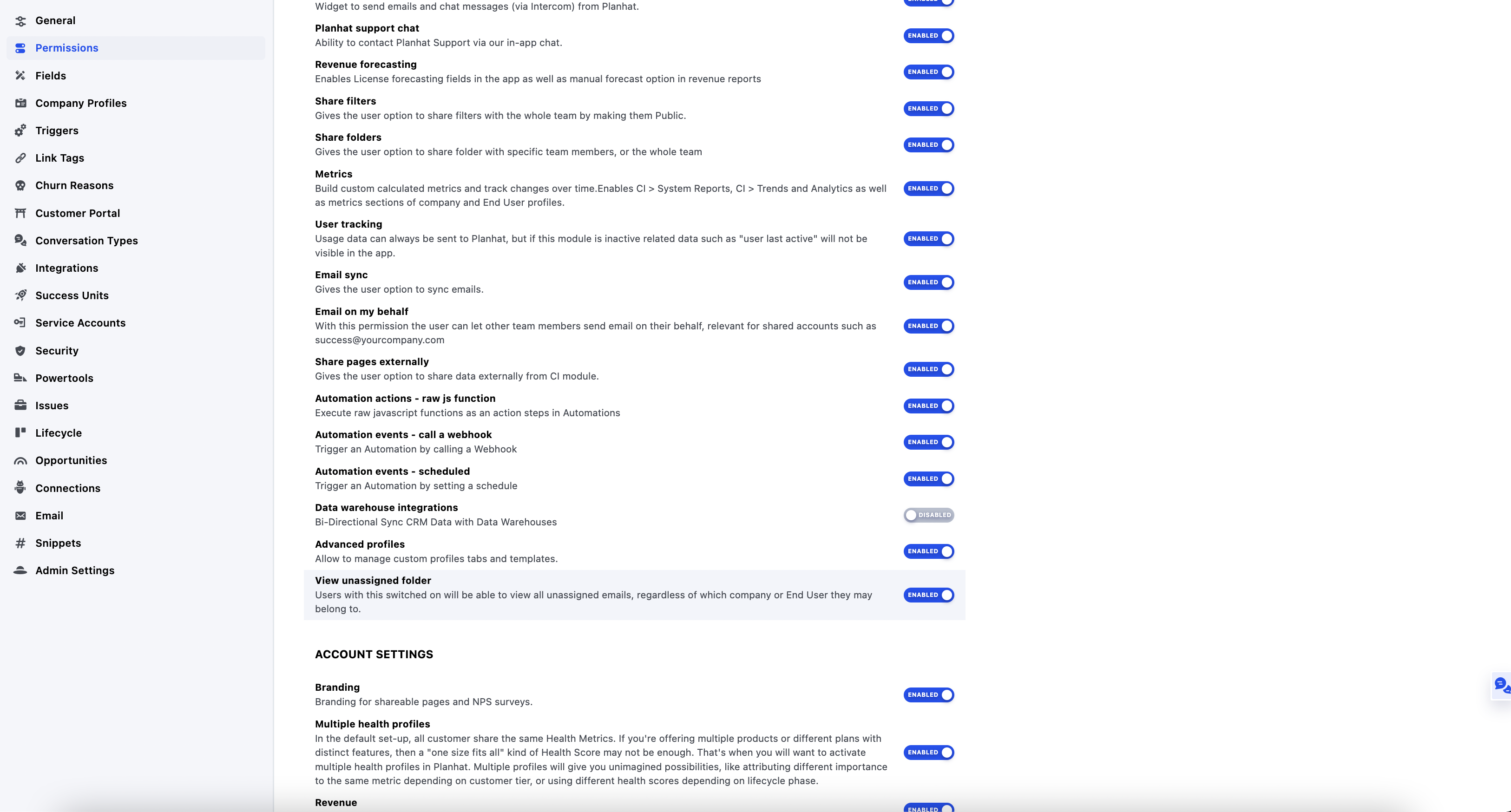 Scenario: An email is synced into Planhat between a user and either a) one end user at multiple companies, or b) multiple end users at different companies.

Settings: accounts can choose between three different options for the setting:

Limitations: Planhat still only assigns each email to 1 company.