In Planhat, each email object is always assigned to one (1) company object. This presents assignment challenges when there are either a) end users from different company objects in the same email thread, or b) there is one end user associated with multiple company objects (e.g., Felicia at Coca Cola Norway and Coca Cola Sweden). Where does the email synced into Planhat exist? Historically, the assignment has been arbitrary which is likely not what you want.

To solve this, we have built a new setting under Settings > Emails > General settings > Email matching mode where users can choose logic for email assignment using a newly built “relevance score”.

Scenario: An email is synced into Planhat between a user and either a) one end user at multiple companies, or b) multiple end users at different companies.

Settings (i.e., the feature): users can choose between three different options for the setting: 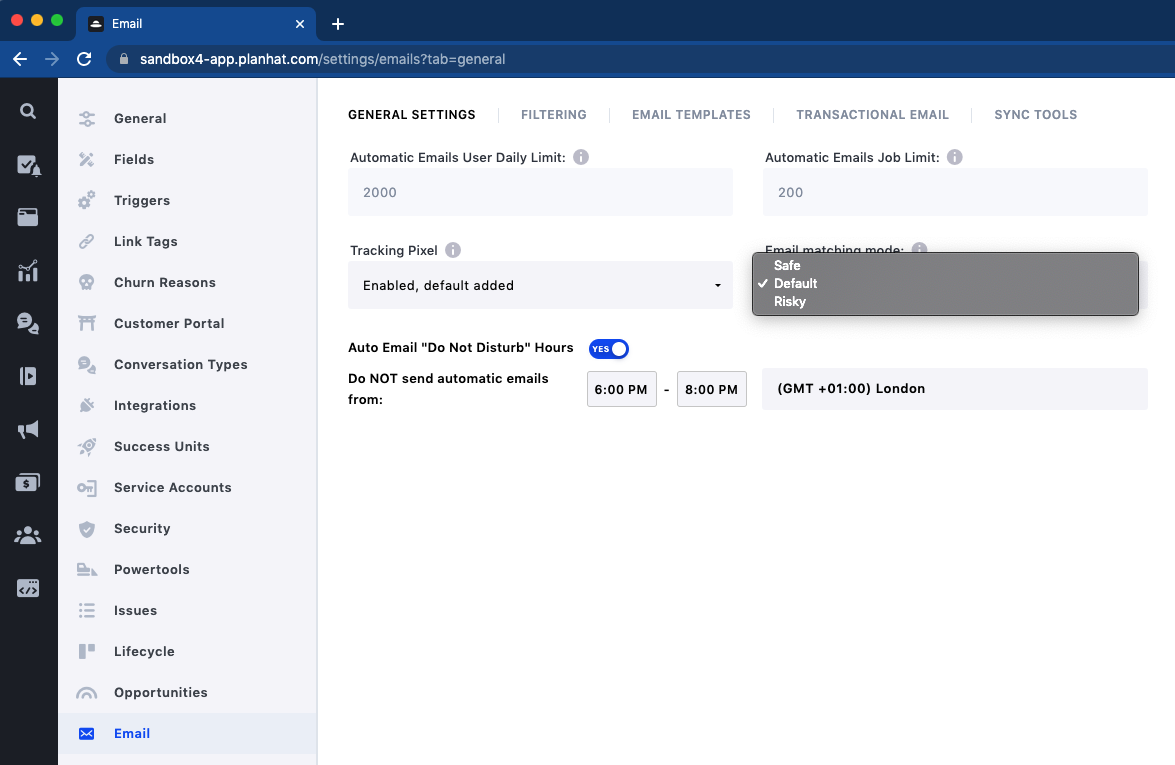 Limitations: Planhat still only assigns each email to 1 company.

Outcomes and use cases: Planhat will now automatically assign emails based on the selected settings. The “unassigned” list of emails can be found in Conversations > Conversations > Unassigned.

The overall objective of the feature is to make sure emails end up at the right place. With that in mind, this feature has made significant improvements towards that target, but there are still some limitations due to (A) Planhat still only assigning each email to 1 company, and (B) edge cases with these new settings.